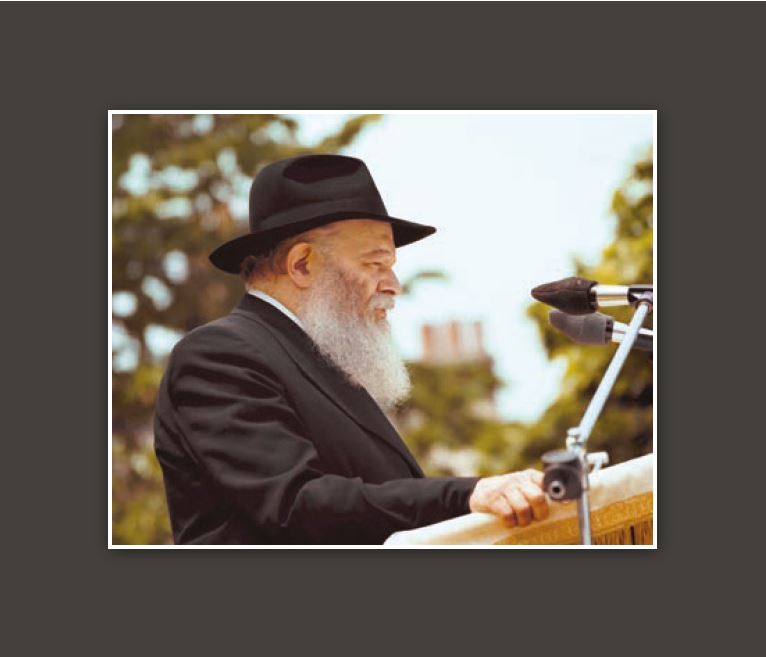 Throughout the forty-four years the Rebbe, Rabbi Menachem M. Schneerson, of righteous memory, was at the helm of the Chabad-Lubavitch movement, his influence reached far beyond his small Brooklyn office, inspiring the Jewish people worldwide to soar to new heights.

Having escaped Europe one step ahead of the Nazis, he arrived in the United States at a historic low-point for the Jewish nation. Against fierce opposition from the established Jewish community, he spearheaded a massive campaign to inspire Jews to reach out to their brethren across the globe.

He nurtured a generation of leaders, among them thousands of couples whom he sent as his emissaries to settle in communities around the globe. The goal of these shluchim and shluchot – many of whom resided in places which had never seen an Orthodox Jew, let alone a Chasid—was to care for their brethren materially and spiritually, and to share with them the beauty of their heritage.

By their very presence in faraway lands on distant continents, his emissaries conveyed an urgent message to the Jewish people: Where you had previously been chased down in hatred, you would now be embraced in love. Where your Jewishness had been a badge of shame and torment, it would now be a badge of honor.

The main medium through which the Rebbe transmitted his teachings was the Farbrengen, a chasidic gathering and public address, which would begin in the evening, and often last many hours until the early morning hours.

The topics addressed in the farbrengens cover a myriad of issues, ranging from views on current events in America and around the world, to the significance of the weekly Torah reading, to points of Talmudic law and mystic interpretations of the Kabbalah. Mankind’s first steps on the moon, JFK’s US Peace Corps, Stalin’s death, and the hippie culture of the Sixties were discussed from the same podium – and sometimes, in the same talk – as a dissertation on Kabbalistic philosophy.

It was such gatherings which students and followers around the world wished to experience through satellite technology. In 1980, on the initiative of Hillel Dovid Krinsky, an ambitious young man, JEM was founded, with the purpose of airing the prominent farbrengens live via satellite around the world.

This broadcasts evolved over the next fifteen years, quickly drawing a wide audience. With the spread of cable and public access television, the broadcasts would become more sophisticated, airing live on cable television stations across the United States, Canada, France, Israel, and in South American countries.

Almost as an afterthought, these broadcasts were recorded on videotape.

Upon the Rebbe’s passing in 1994, JEM recognized the importance of using the recordings as a continued source of research, learning and inspiration. Rabbi Elkanah Shmotkin, a young student at the time, produced a first VHS release featuring excerpts of the materials, moderated with a documentary narration. For the first time, the archival materials were being used a primary source for an edited video production.

Behind the scenes of a recent JEM DVD release of the Rebbe's Farbrengen of Purim,1973

The audience responded warmly. Slowly but surely, the pace and the level of production picked up. Today, JEM operates a full production facility with a staff of twenty-five researchers, directors, producers and editors. In addition to films and full-length archival releases, “Living Torah” a weekly video magazine which presents JEM’s archival materials, is watched around the world in in English, French, Spanish, Russian, Portuguese, Hungarian and Hebrew, and is available on DVD, online and at the Apple and Google app stores.

In 2004, facing  the threat of losing its priceless archival collections to the ravages of time – a  hazard faced by every archival facility – JEM decided to make this significant shift. Recognizing that the priceless visual legacy of this most important post-holocaust force – a Jewish movement and its revered leader – were in peril, the decision was made that the archive must be conserved at all cost.

Thus, a massive undertaking was launched: The Living Archive Restoration and Preservation Project, with the mission of gathering, restoring, preserving, and providing access to the motion-picture, audio, and photographic records of the Rebbe.

Today, the Living Archive contains a trove of priceless images and sounds spanning ninety years, providing a unique visual record of a dynamic community. Over the past decade, The Living Archive has conducted an organized  effort to acquire and consolidate collections within our subject area.

To the millions who have been touched by the Rebbe or by his thousands of emissaries across the globe, this collection serves as an important and historic resource of learning and inspiration, conveying a message of steadfast adherence to Torah-true Judaism while embracing every person, regardless of his level of religious observance..

To outside scholars studying the Chabad-Lubavitch movement or the Rebbe the archive contains primary documentation of a quintessential American narrative – a movement on the run from persecution, planting itself in Brooklyn, New York; laying down roots, and eventually, thriving and reaching out across the world. The collections are a treasure trove with strong humanities content in the areas of history, religion, storytelling, music, and dance.

A selection of topics covered in The Living Archive

Thanks to JEM’s work, two decades after the Rebbe’s passing, a remarkable phenomenon continues to unfold: for the first time in world history, the teachings of a Jewish leader are accessible through photography, audio and video, and continue to be exhibited and studied after his passing.

Even the most precious collection is only as valuable as the access it affords. JEM firmly believes that the truest mark of success is not in the preservation itself, but enabling access to its materials. Having largely averted the potential disaster of losing the archival treasures, we’ve shifted our focus to organizing, cataloging, and providing access.

In a project expected to last at least ten years, JEM has embarked on a project to build a media access management system (MAM) from the ground up, enabling media to be searched on multiple levels of metadata. Using keywording and indexing to enable access to the materials, the system will allow users to leverage the content in ever-more meaningful ways, ultimately making it accessible and helpful to new audiences worldwide.

The MAM, which has been informed by visits and in-depth consultation with other major archives at The United States Holocaust Museum, The Smithsonian Institution, Major League Baseball,CNN, and Fox News and others, continues to evolve, and will allow cross-format searching between the video, audio, and photographic collections.

After the Farbrengens, WLCC came to us we acquired that. includes the thousands of video recordings of the Rebbe receiving visitors and dispensing blessings and advice at the famed "Sunday Dollars."

The original format of these materials range from 8 and 16mm film in both color and black and white, half-inch open-reel helical-scan videotapes, 3/4-inch U-matic and Beta SP camera recordings, 1-inch studio recordings, and many others.

Moments such as the citizenship proceedings of Rabbi Yosef Yitzchak Schneersohn, the sixth Lubavitcher Rebbe,  with his son-in-law and successor,  Rabbi Menachem M. Schneerson,  at his side; a visit to the Rebbe by Zalman Shazar, the President of Israel in 1973; a public address given by the Rebbe in 1972 on his seventieth birthday; and the Rebbe’s  visit to the Previous Rebbe's resting place in 1992—one of the last times the Rebbe was able to make the trip—are some of the many memorable videos in the archive.

Currently, the Rebbe talks are available in audio files, but they are disorganized, very incomplete and of poor quality.  There are small collections of audio around the world, of varying quality and quantity. An organized effort to consolidate all these collections and decide on primarily quality for enhanced sound, has been undertaken by JEMs Living Archive Project. The experts have even included the video sound recordings in order to establish the priority check.

The experts are also doing everything in their power to see that these treasures do not disappear, due to the ongoing crisis for film, audio and video materials – and especially for magnetic media, necessitates decisive action. JEM through their Living Archive project are utilizing state-of-the-art technology to preserve these recordings, by migrating them to a more robust format.

Starting from the Rebbe's inaugural address in 1951 to his final talk in 1992, the collection contains
thousands of hours.

As part of the ongoing Living Archive Project, JEM has restored audio recordings from the 1950s and ‘60s, from the collection of Rabbi Sholom Yisroel Hodakov recorded live on 1/4" reel-to-reel audiotape, and meticulously restored by expert archivists. The upgrade in quality and clarity in the recording is immediately apparent, and is a much more accurate representation of the events’ original sound.

The Living Archive Photo Collection, consists of over 400,000 original negatives and

To date, a number of major photographic collections have been acquired directly from the photographers. These images document the Chabad-Lubavitch movement and the visual legacy of the seventh Rebbe, Rabbi Menachem Mendel, who led the movement from 1951, until his passing in 1994, as well as numerous New York Jewish community events. The collection also has, as a particular strong point, photos of the Lubavitch movement in Israel.

These materials – mostly 35mm black & white and color negatives and slides, as well as some 6x6 and medium-format negatives – have been acquired from their original photographers, along with copyright.

Your Shopping Cart is empty.
Order photos by clicking the "Order Now" button.